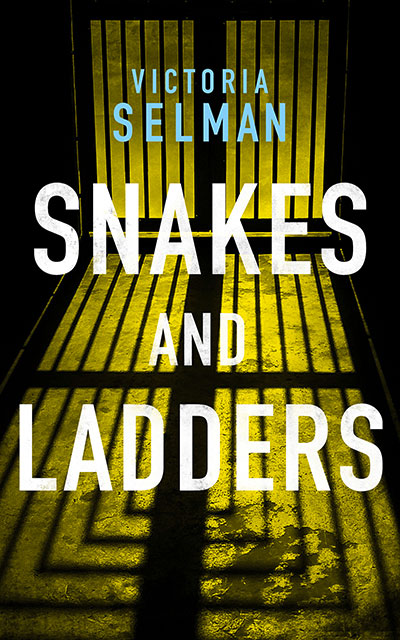 "Psycho meets Silence of the Lambs"

One killer on the loose. Another setting the rules. A profiler caught in the middle.

A serial killer is terrorising London, removing a body part from each victim and leaving in its place a single pink rose.

Dr Vernon Sange, a multiple murderer awaiting extradition, seems to know the culprit’s identity– but he’ll only talk to profiler Ziba MacKenzie, the woman responsible for putting him away. Though there’s something he wants in return from her. And time is running out.

With one killer whispering in her ear and another running rings around the police, Ziba must play a game in which only her opponent knows the rules and the forfeit is death.

“Crime fiction at its finest”—Phoebe Morgan

Review of ‘Des’ in the Independent

Dr Vernon Sange, killer of twelve, lies on his bunk. His hands are interlaced behind his head, his film-star face white as butcher’s paper from being inside so long. On his chest, a portable CD player moves up and down in time with his measured breaths. The ‘Queen of the Night’ aria plays through his earbuds.

His eyes move around the room but his head stays still on its stalk. Every so often he flicks the tip of his tongue over his teeth, tapping the sharp point of his canine then drawing it back into his mouth.

He glances at the small table bolted to the floor. On it, a stack of Penguin Classics and fat history paperbacks are arranged alphabetically, each annotated with comments, quotes and corrections in Crayola felt-tip pen.

Dr Sange isn’t allowed ballpoints or pencils. He’s not allowed anything with a hard cover either.

The Daily Telegraph is on the table beside the books. It’s been quartered precisely. Seven pages in, a man’s name has been circled. The ink has bled through seven sheets.

There is no noise in here apart from Dr Sange’s slow, rhythmic breathing. His cell is the only one in the corridor. Six by nine by twelve feet. Windowless. The walls grey up to head height.

As Dr Sange’s thoughts coalesce, his pupils contract into pinhole points of black. His thumbs cruise his occipital bone.

‘The husband!’ he whispers, his voice hoarse from lack of use.

His lips curl into a smile. He’ll make the call tomorrow.

A storyline that speeds along at a rate of knots- a bloody good thriller!

Bestselling author of THE ONE

I raced through this gripping, dark thriller

Ziba MacKenzie is tough, smart and funny—I loved her!

Bestselling author of THE PUPPET SHOW

Gripping. Fast-Paced. A wonderful protagonist. I loved it from start to finish.

Bestselling author of AFTER ANNA

Author of THE GUILTY WIFE

Grabs you by the throat and doesn’t let go!