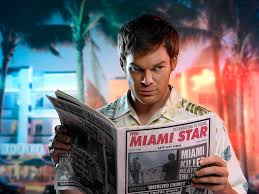 Why We Can’t Resit Bad Boys: The Allure of Serial Killers

In my third novel, Snakes and Ladders, a vulnerable young woman falls in love with the vile Lecter like killer, Dr Vernon Sange, after he’s found guilty of serial murder.

As with all my books, this adventure draws on true crime for its inspiration. And during my research I found plenty of real-life instances of women being attracted to dangerous criminals.

Ted Bundy is probably the most famous example of a killer with a fan base but he’s by no means the only one.

In the words of my protagonist, ex special forces criminal profiler, Ziba MacKenzie:

It has a name. Hybristophilia. Or Bonnie and Clyde Syndrome. A condition where people get turned on by evil bastards. It’s actually more common than you’d think.

Richard Ramirez received thousands of letters from female fans. He even got married to one of them. Jeffrey Dahmer was sent money totting up to over $12,000 from his admirers. And Peter Sutcliffe, the Yorkshire Ripper, still gets swamped with cards and snaps of women showing too much skin. Lacy knickers too.

Some more (not so fun) facts about hybristophilia:

- Also known as ‘Bonnie and Clyde Syndrome’ the condition affects 4% of prison workers in the US (wait for it…) including guards.

-Women are more affected than men.

-Experts believe that one of the reasons for hybristophilia is people looking to achieve fame/notoriety by proxy. Another is the sufferer’s belief they can tame the ‘monster’.

-Charles Manson became engaged to a woman while he was in prison.

-Ted Bundy married a female admirer while on trial for multiple murder.

-And Richard Ramirez (who Ziba talks about in the quote above) married one of his fans seven years after his conviction.

I’d love to hear what you think about this crazy phenomenon. Message me on Twitter @VictoriaSelman using the hashtag #SnakesAndLadders

And if you’d like to read Snakes and Ladders or find out more about it, just hit one of these links: